Meet Fatih Seferagic. Caucasian American youth a Quran hafeez, beautiful voice and good-looking too. He is a Bosnian youth who was born in Stuttgart, Germany and now lives in Texas, USA. He looks alike Edward Cullen very much, the vampire in ‘Twiglight’ by Sthephanie Meyer.

Living in predominantly gentile nations does not make Fatih unaware of his Quran. In an environment as in the US, he could become a figure who memorized Al-Quran and became a teacher for it. At the age of 4 years, he and his family moved to the United States, lived in Arizona for 3-4 years before finally settling in Baltimore, Maryland for seven  years where he started and completed the recitation of Al-Quran.

In contrast to most of us as a child, which is still fun to play, at the age of 9 years Fatih already started memorizing the Quran. And he only took 3 years to complete his term. he became Hafiz Al-Quran at the age of 12 years. He was trained under the guidance of Sheikh Zahid and Qari Abid.

Like the majority of young people, the appearance of Fatih looks slang even glance it does not look like a Muslim (because face actually Caucasians) especially Muslims who can memorize 30 Juz of the Quran in full. But when he lead the prayer, then Fatih turns to be very actual figure. Reading Al-Quran beautfully, just like Misyairi Shaikh Rashid. And now, with the school, Fatih also teaches  the al-Qur’an as well as being chairman of the mosque of Sheikh Yasir Birjas teenagers in Dallas, Texas.

For those who want to be his student, the opportunity to open wide. He will teach the recitation of the Quran and how to memorize the Quran. Learning can be done via Skype. Yet, unfortunately it is only for citizen of US and Canada. [] 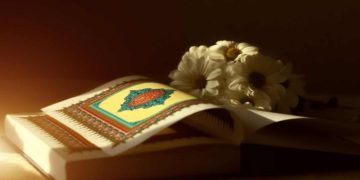 We would like to show you notifications for the latest news and updates.
Dismiss
Allow Notifications